A Thousand Stitches of Hope 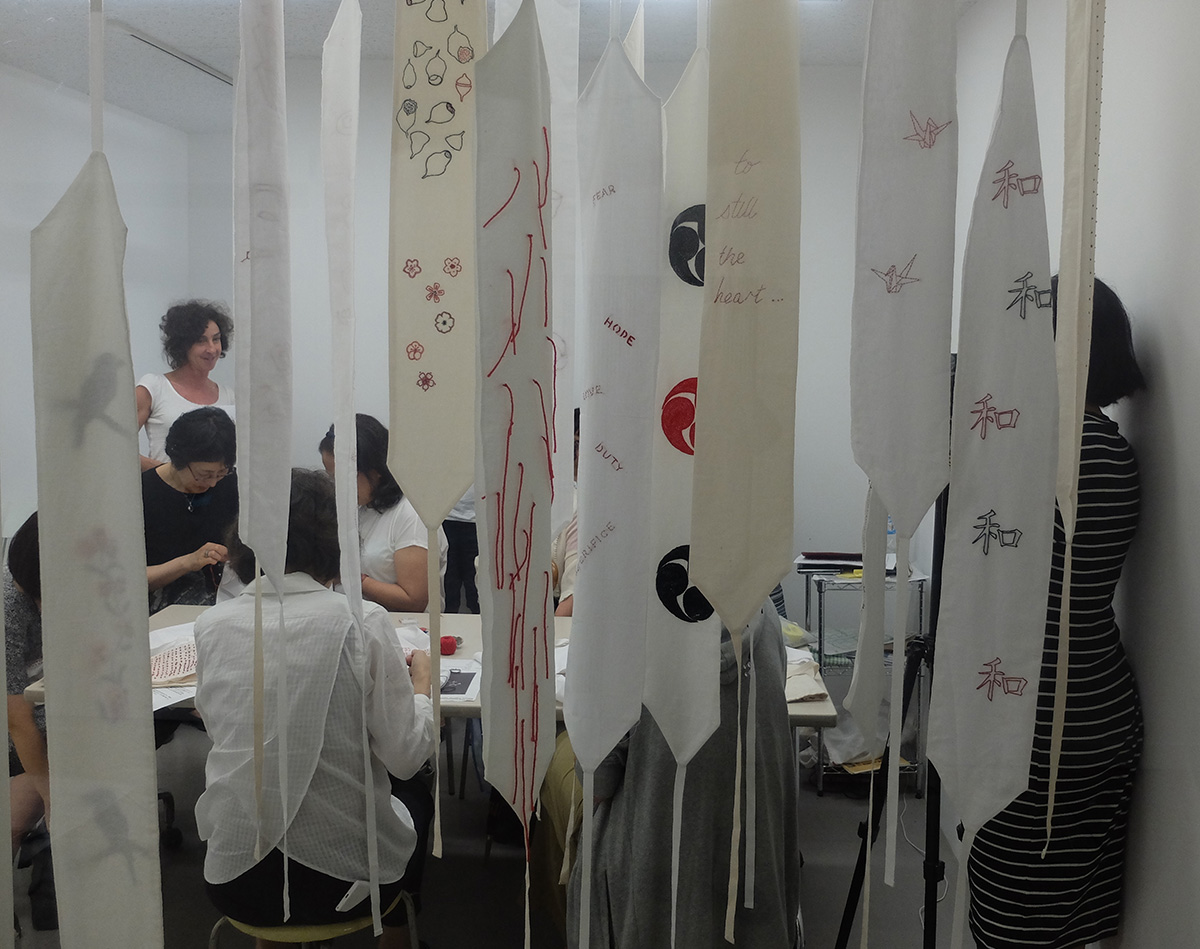 In 2016 Belgiorno was commissioned by the Mosman Art Gallery to create an artwork commemorating 75 years since three Japanese midget submarines carried out a surprise attack on Sydney Harbour in May 1942.

Titled A Thousand Stitches of Hope, Belgiorno worked with hundreds of Japanese and Australian women to embroider relevant motives on 75 senninbari belts in response to our joint war history.

The senninbari belt was traditionally a good luck amulet given to soldiers before their departure from Japan. Generally made of white cotton, the belts were decorated with a 1000 stitches sewn by women, (family and community), as an act of devotion and hope for a safe return.

The communal act of stitching and talking, acknowledging past deeds and expelling anger, sorrow and shame was incredibly moving for many participants.

The 75 beautifully embroidered senninbari belts, once cultural relics associated with war and shame, became expressions of hope for continued peace.

The work was exhibited by Mosman Art Gallery in Tokkotai: Contemporary Japanese and Australian Artists on War and the Battle of Sydney Harbour in May/June 2017. 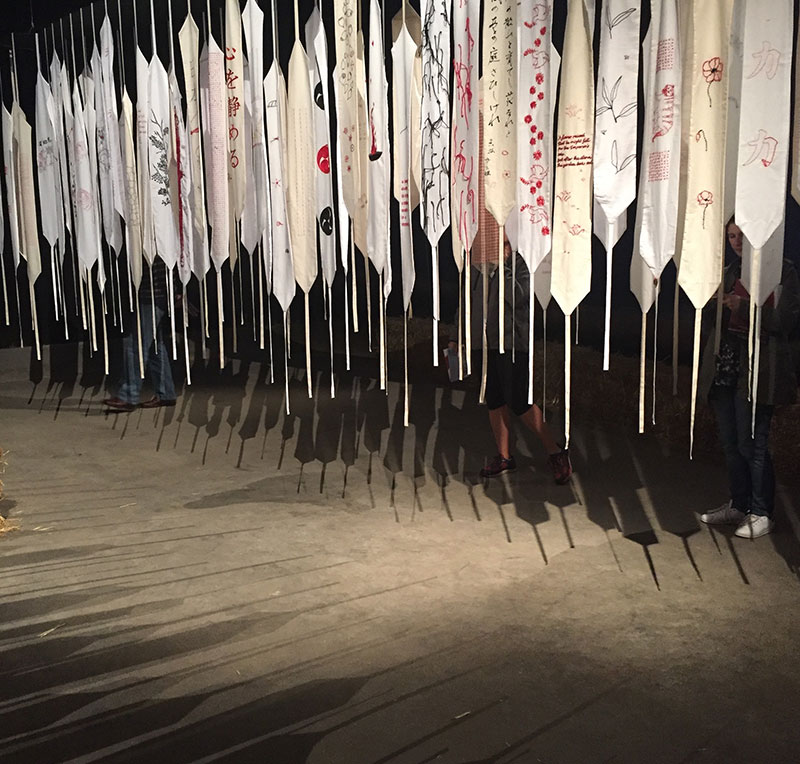 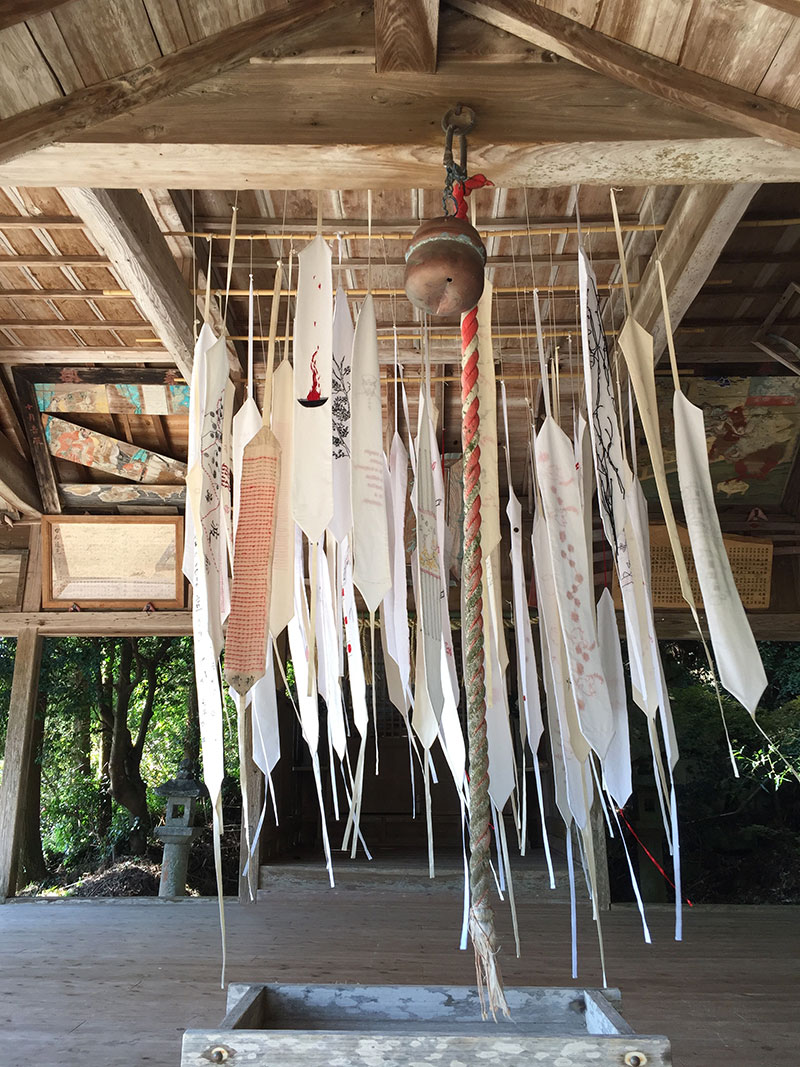 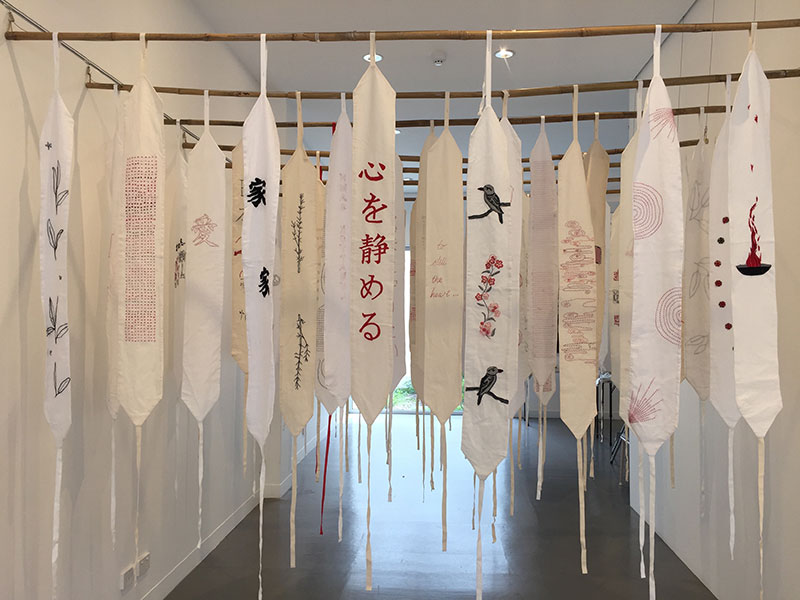 Radio Interview: East Side Radio with Maisy Stapleton: May 18, 2017.